a local centre of Bengel, has an idyllic location in a traffic-free tributary valley of the romantic Moselle, right at the edge of the Kondelwald. 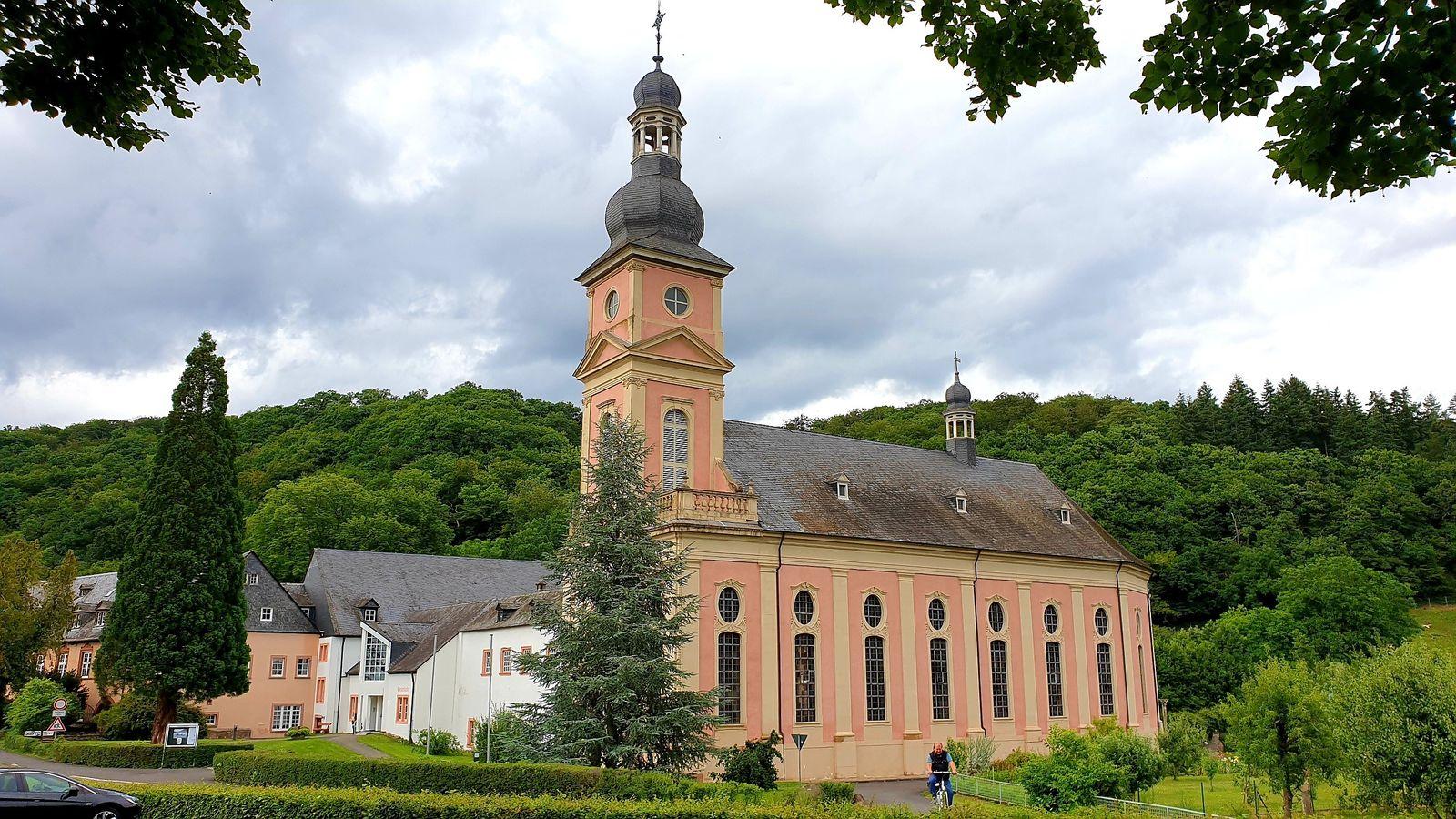 The vast area includes the conference and family holiday facility, Haus Springiersbach. Together with the Springiersbach Carmelite monastery and its magnificent baroque church, it forms an impressive historic complex.

Springiersbach is easily accessible via the A1, B49, and the Trier-Koblenz train line.

Bengel has its own train station on the outskirts of the holiday resort; Springiersbach is just 2 km away.

A well signposted network of cycling and hiking tracks is perfect for engaging in open-air sporting activities.

Spectacular hiking tracks through the neighbouring Kondelwald (2,500 ha) and its wealth of fauna invite visitors to enjoy long, restful hikes to destinations such as the state health resort of Bad Bertrich and the winegrowing towns along the Moselle.

An extensive network of cycling tracks leads through the Alftal Valley to the district town of Wittlich, 15 km away.

From here, visitors can take the special cyclists’ bus (Radlerbus) to Daun in the Eifel Mountains, and then ride back to the Alftal Valley along the famous Maar-Moselradweg track, which has been created on an abandoned railway line. For information on the route and bus departure times, click -> here 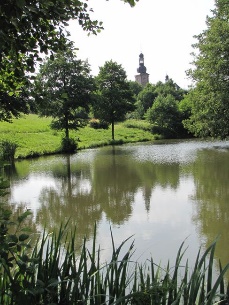 From Springiersbach to Reil, a signposted cycling track heads along the Moselle, away from any traffic, to the next historic town of Zell.

Making a detour through the Marienburg vineyards and the 18-m-high "Prinzenkopf" viewing tower, from where you can see the Moselle four times, will leave you with many lasting memories.

Fishing enthusiasts can try their luck at the local Springiersbach fire water pond.

The main cultural sites in the Moselle-Eifel-Hunsrück region also include the Springiersbach Monastery church, with its Carmelite monastery. The monastery complex turned 900 in 2002.

The monastery’s history dates back to around 1100. Benigna von Daun, a noblewoman from the Eifel region, established a monasterial settlement in the farmyard left to her by her deceased husband. Her son, Richard, became the first abbot, choosing the Rule of St Augustine as the basis of the community known as the Canons Regular of St Augustine. 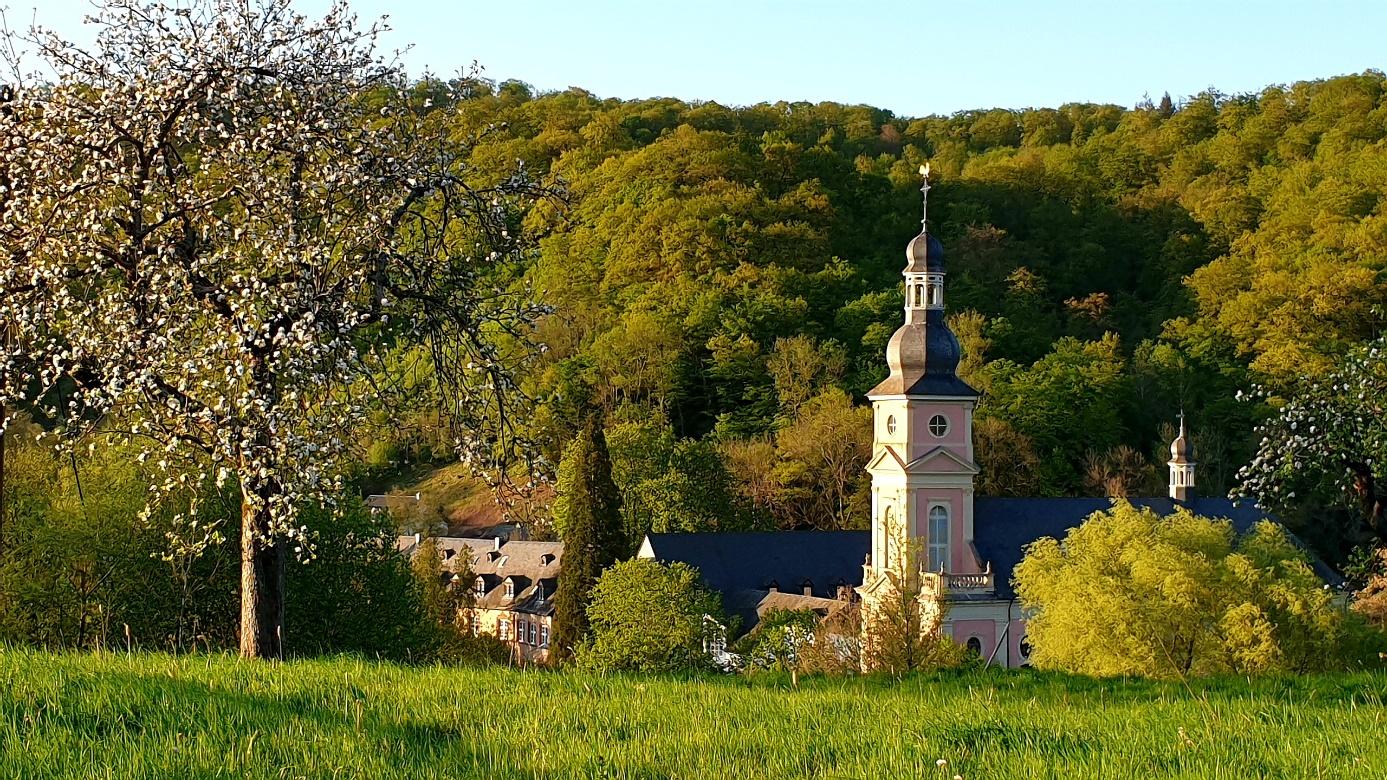 The foundation stone was laid for an initial stone church in 1121, and Springiersbach soon became a prominent academic and spiritual centre.

Following Richard’s death (1158), the history of the Springiersbach monastery was characterised by an alternation between reform attempts and dilapidation over the course of many centuries.

In 1769, the old, most likely ramshackle three-bayed Romanesque basilica was demolished to make way for a new baroque and rococo-style church.

But the church and monastery were secularised just 30 years later (1802). To save the almost-new church from demolition, the bishop of Trier raised to the status of Bengel parish church. 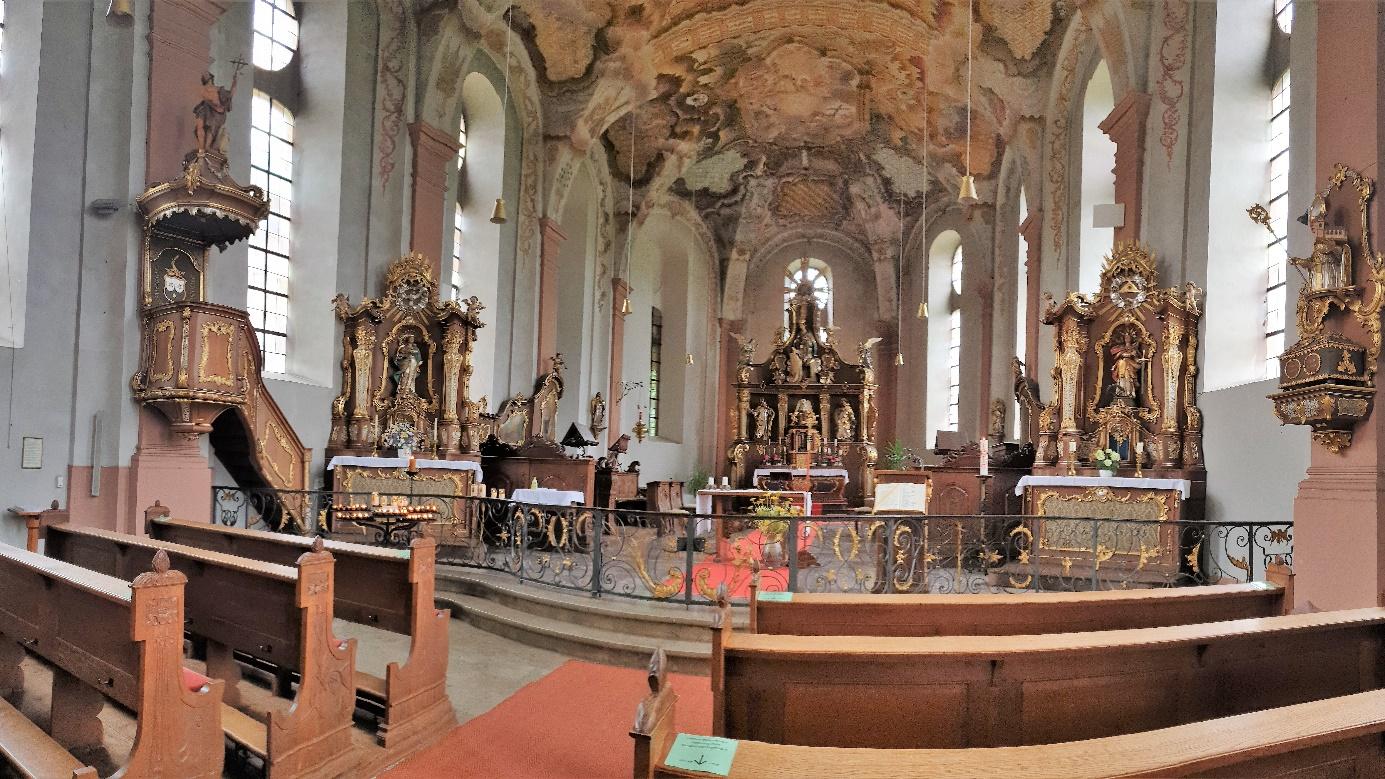 100 years later (1902), the Bengel parish built its own church, and the Springiersbach Monastery church lay dormant until 1922, when the Upper German Carmelite province, based in Bamberg, founded a small convent in Springiersbach.

The monastery church impresses visitors with the magnificence of its interior, and the ceiling frescoes artistically designed in rococo colours and styles.

The concerts put on by the Musikkreis Springiersbach are particularly popular.

Read about the monastery and "Carmel Springiersbach" retreat facility here